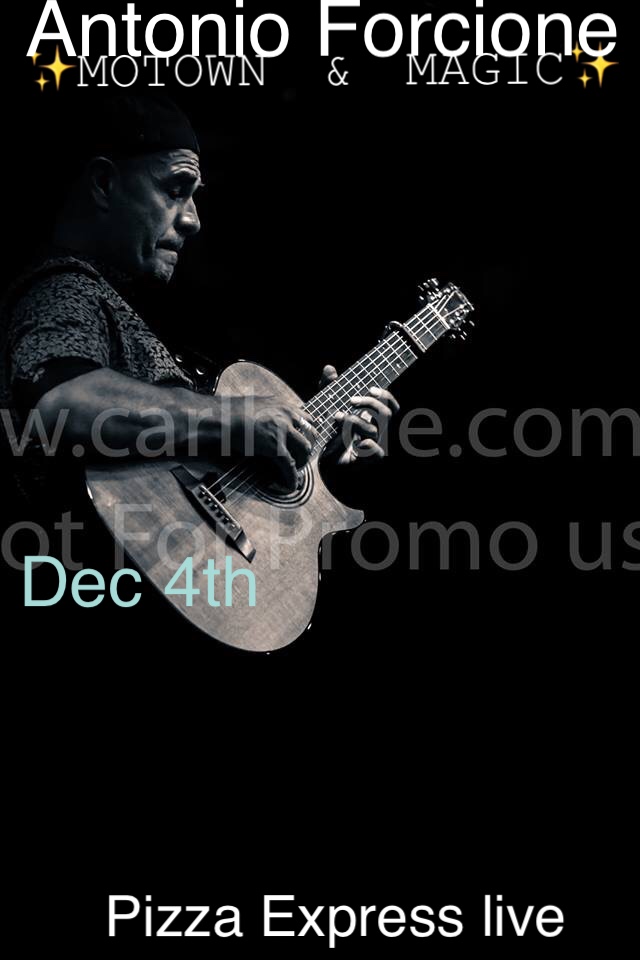 Antonio Forcione
Motown & Magic
Pizza Express Dec 5th
SOLO PERFORMANCE (Guitars - Steel-nylon-fretless guitar )
The multi award-winning Antonio Forcione, acoustic guitarist, composer and talented artist, is a highly charismatic and inventive performer.
The World acclaimed guitar master is delighted to be performing at Pizza Express with his vibrant and original blend of Jazz, Latin, African and flamenco sounds.
Reknowned for his virtuoso solo performances, this is a rare opportunity to catch Forcione completely on his own, when he lets his creative spirit run freely, and man and guitar become one as he showcases a mind-boggling variety of style and form using every possible part of the musical instrument in a spectacular display of musicianship.
Antonio takes the guitar to new levels of expression and his numerous awards around the world are a testimony to his genius. Be prepared to both laugh and be moved as he celebrates the unexpected elements in life with delicacy, humour and not least, passion. International tours have brought high critical acclaim from as far as Australia and Hong Kong to Russia, the Caribbean, USA and all over Europe. His albums have variously topped UK and international jazz charts and he has shared the stage worldwide with some of the world’s most accomplished musicians.
‘Forcione is mesmerizing .. passion, grace and fire’
(The Times).
” …You have a beautiful touch”
Paul McCartney