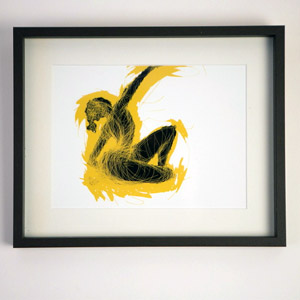 As a young child Antonio would stare at the damp and cracked ceiling in his bedroom every day, wistfully tracing the lines with his eyes, forming vivid shapes and images in his imagination. Later, when he went to art college at the tender age of fourteen, he took these very personal visions with him as he drew and sculpted from memory and transformed them into art.

In later life he was torn between music and art – his beloved guitar was hidden away in his locker as he studied and drew – never quite sure which career path to take. For him art and music mingled and interfaced happily with each other. It was only when he sold a small piece of artwork to fund a modest recording of his first compositions that he realised that music was his vocation and art would always be a faithful but passionate follower.

From the physical sensation of the acoustic guitar resonating on his ribs as he strikes the strings to the calm and peaceful feeling attained from drawing, it is then that time and space do not exist for him and when we can learn, love and live his music.

Click here to view the available artwork and art cards >