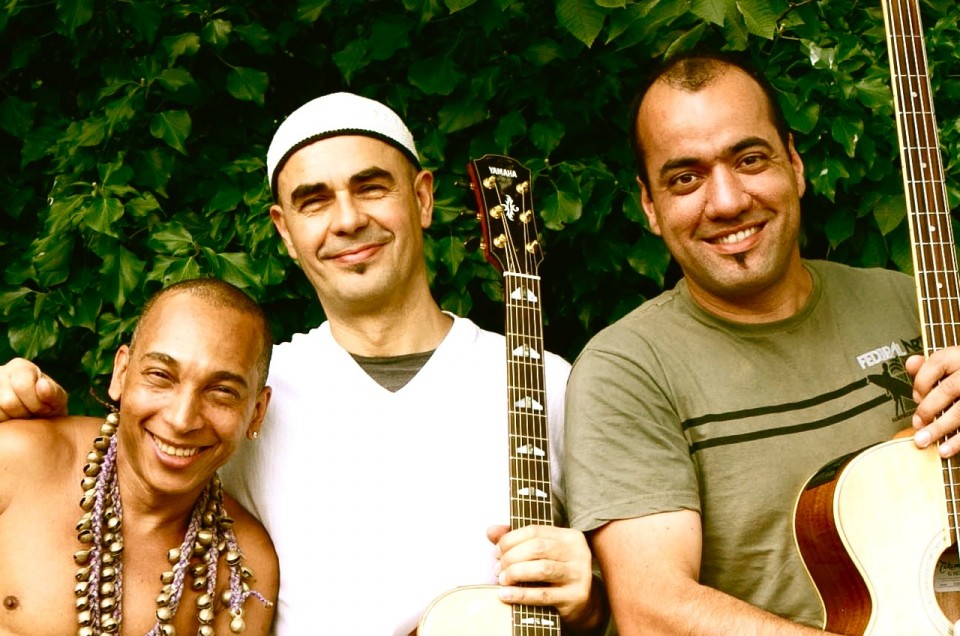 "Most impressive of all, the passion of the three performers is infectious.

This technical marvel is matched by stunning music and Forcione proves himself to be a world-class guitarist. Sublime." (Five ☆☆☆☆☆ Broadwaybaby 2012)

"All good fun, and very much in keeping with the party mood" ( The Scotsman )

Forcione’s rise to international recognition is a tale of talent, determination, passion and a great deal of adventures along the way. The result? A cocktail of dazzling virtuosity, ferocious rhythms and burning spiritual aspiration with a touch of humour. His charismatic stage personality and his ability to wring emotion out of every note, to cross all cultural barriers, have made him one of Europe’s most sought after performers, constantly evolving and finding new spiritual heights.

“One of the world’s most highly regarded guitarists … this is John Martyn for a new generation who, when he isn’t using his guitar as a percussive instrument, is literally reinventing it. The guy is brilliant” Edinburgh Evening News”

The pieces performed by the trio are predominantly Forcione’s own compositions “with enough technical wizardry to satisfy even the most demanding virtuosity junkie, but his across the board appeal is reflected in a broad-ranging (and often hilarious) mix which takes in jazz, folk, flamenco, ethnic music, pop, rock, classical, and just about everything that comes to mind” (The List).

Theirs is an imaginative and joyful synthesis, a world-class band with spectacular technique, who have developed a unique, powerful and exotic sound. “Guitar heroics, yes, but with a touch of class” (THE TIMES)

Anselmo Netto was born in Salvador and toured and recorded with samba group De Boca In Boca, hugely popular in Bahia and the Northeast of Brazil. On moving to the UK he rapidly became one of the most sought-after musicians in London, collaborating with Antonio Forcione as well as other musicians. Anselmo plays percussion and the Bandolim (Brazilian)

Matheus Nova - ( Electric & acoustic Bass ) is very popular in the Latin and London music circles and is recognised for his ability to ‘design’ astonishing bass lines. It has been said of him that he has the ability to “transform folkloric into “funkloric”.” Matheus has performed with many groups, including the Brazilian Samba Divas Elza Soares and Alcione.