“One of the great acoustic guitarists” (The Guardian)

Antonio Forcione is an artist in every sense of the word, hailed as one of the most charismatic, unconventional guitarists at large in the musical world today. With a host of international awards under his belt, this eclectic composer never ceases to stun his audience on stage, leading him to be referred to as the ‘Jimie Hendrix of the acoustic guitar”. His solo performances never fail to bring the house down, let alone when he is performing in duo, as a trio, or with his quartet of international musicians. He breaks the mould of most conventional guitar sounds, be it in the field of jazz, Spanish, African, Brazilian or improvised music, with a ferocious virtuosity, passion and humour. He has shared the stage and recorded with some of the world’s most accomplished musicans including Charlie Haden, Angelique Kidjo, Trilok Gurtu, Larry Coryell, Diego el Cigala and many more (see list below) as well as supporting giants such as Phil Collins, Bobby McFerrin, Zucchero and Van Morrison amongst others. 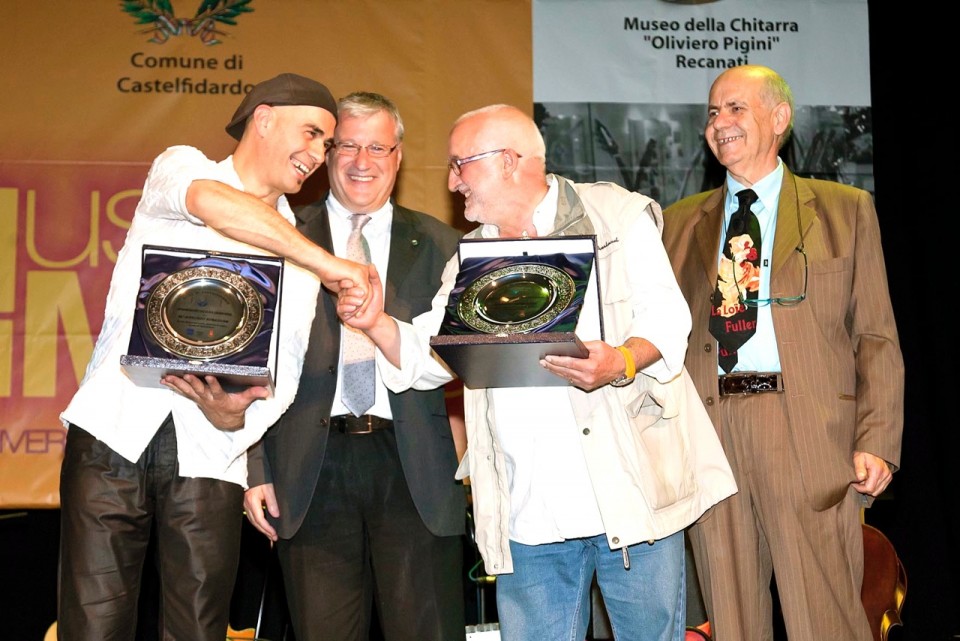 Most recently Antonio has been touring and recording with the amazing singer songwriter Sarah Jane Morris wowing audiences throughout Europe. He has also been performing with Spanish flamenco star Arcangel and The Bulgarian Voices choir, touring under the name Estruna. 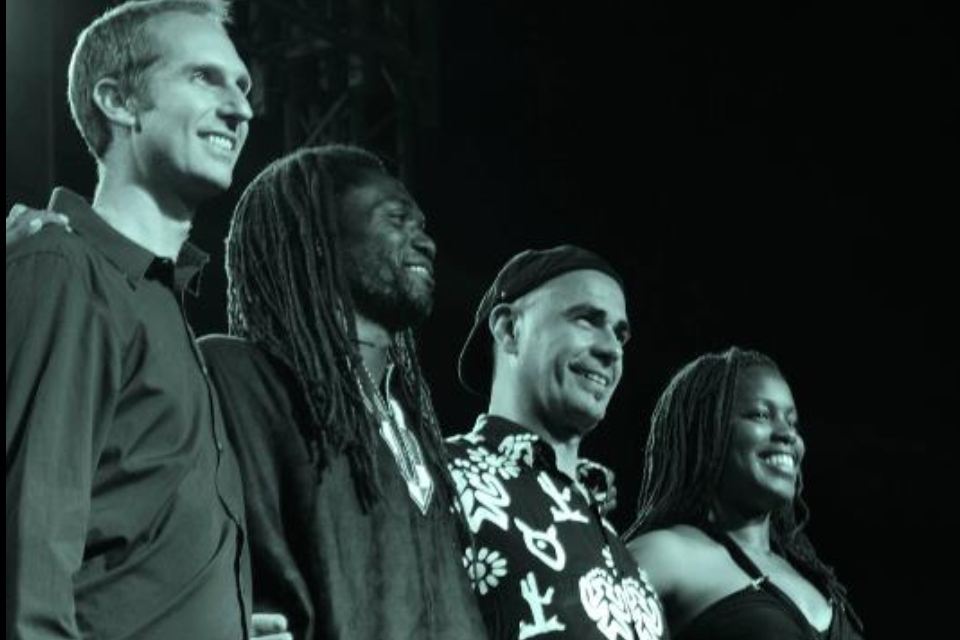 Antonio was born in Southern Italy where he started performing in a band with his brother at the age of 13, having taught himself, with the help of the local barber and plenty of practice, to play the guitar.  He would pile into a car with a couple of older music friends and travel to villages to play at local festivals where he would play guitar and occasionally the drums and bass. The boys earned some pocket money and Antonio began to hone his craft on the guitar, working out new compositions and absorbing all the influences around him both folkloric, rock and jazz.

He graduated with a Diploma in Art and Sculpture from the Art Institute in Ancona. He also studied drums, alongside his guitar playing, later moving to Rome to learn harmony under the tutelage of Sergio Coppotelli. He was also very interested in the art of mime resulting in 6 month immersion in mime and yoga studies. In search of further inspiration he moved to London in 1983 where he initially busked on the streets of Covent Garden and within two months had won an award which led to a BBC TV appearance and a major European tour opening for Barclay James Harvest with a final show at the Wembley arena. He never looked back and started to build up a cult following, resulting in a signing with Virgin Records . He teamed up with guitarist Eduardo Niebla and together they released four albums. 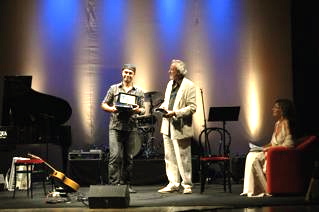 Antonio’s constantly innovative approach to life has also led him to explore the realm of comedy by joining the Music-Comedy act Olé at the Edinburgh Festival in 1991, headed by Paul Morrocco, in which three virtuoso ‘Latino’ guitarists vie for power on stage. Olé toured around the world, winning numerous awards and being featured on various national TV stations on the way, with Antonio also eventually assuming the role of musical director for the show. Further performances followed with great comedians followed, such as Boothby Graffoe, Django Edwards, Stephen Frost, Paul Morocco, Tanderika and Ursus & Nadeschkin. This period in his life taught Antonio to juggle guitars and refine his comedic timing, as well as break boundaries on stage without ever losing the intensity of his art.

In 1991 he also formed the popular duo “Acoustic Mania” with guitar virtuoso Neil Stacey with whom he toured throughout the world.  In 2001 Antonio won the ‘Best Spirit of the Fringe Award’ for his solo performances at the Edinburgh Festival with a resulting tour of Australia, doing both straight music and music-comedy.

Artistic, intense, and formidably inventive, Antonio is a performer of genuine distinction. Ever unpredictable, his is a celebration of the unexpected elements in life, a music of rare delicacy, humour and, not least, passion.